Our sister company TwentyCi has just released the latest edition of its Property and Homemover Report. The report provides a comprehensive review of the UK property market, with data collected from the most robust property change sources available.

Key findings from the report show the resilience of the property market, with a slow 0.8% increase in exchanges and only -3.4% decline in new instructions despite the economic turmoil of 2019. The report also gives information on the market share of online vs high street agents, and the real effect of the so-called ‘Boris Bounce’ on the UK property market.

Let’s take a closer look at the highlights of the report. 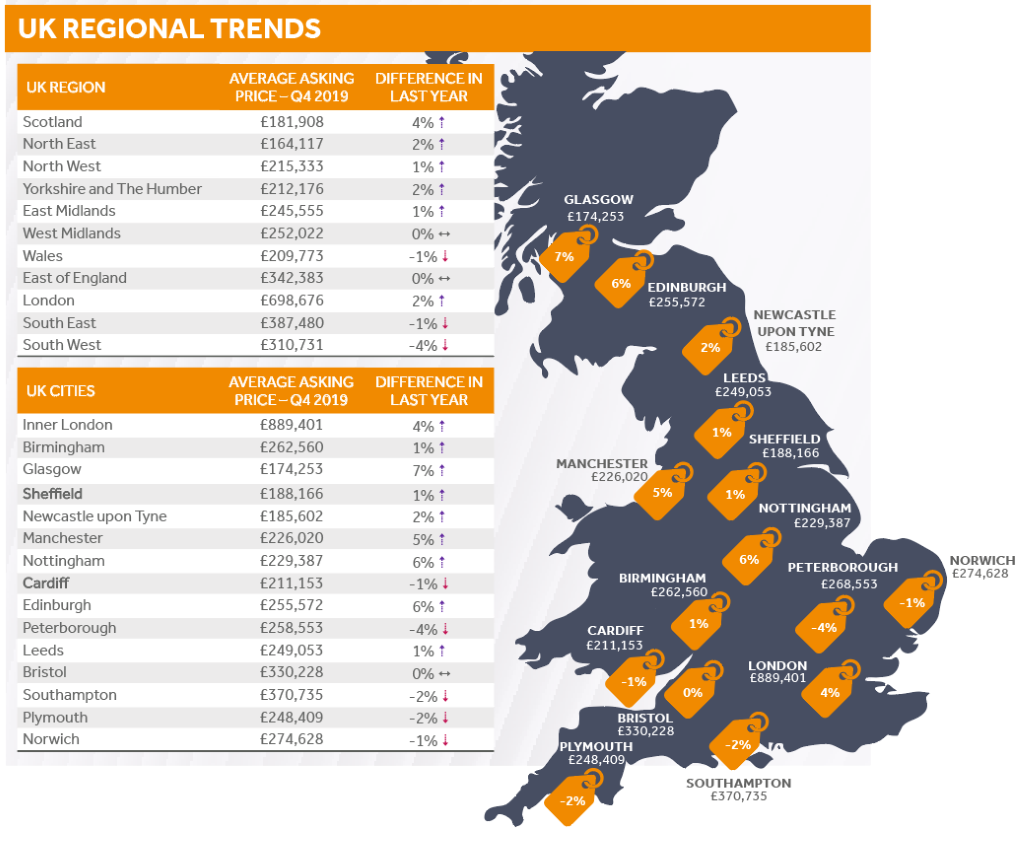 No significant changes were found relating to asking prices across the UK over the final quarter of 2019.

In terms of asking prices, the performance of the market remained fairly flat across the country during this period. However, some growth was found in Scotland and the North of England. The capital also saw a modest growth in asking prices.

Throughout the country, prices either held steady or increased slightly. There are just a few exceptions to note. In Cardiff, Southampton, Plymouth and Norwich property prices fell over the course of 2019.

The lack of movement in asking prices has been put down to a shortage of housing stock. We can expect this to change significantly should the supply of properties increase.

The data collected by TwentyCi reveals the market share of online agents remained at 7.9% for a fourth consecutive quarter. 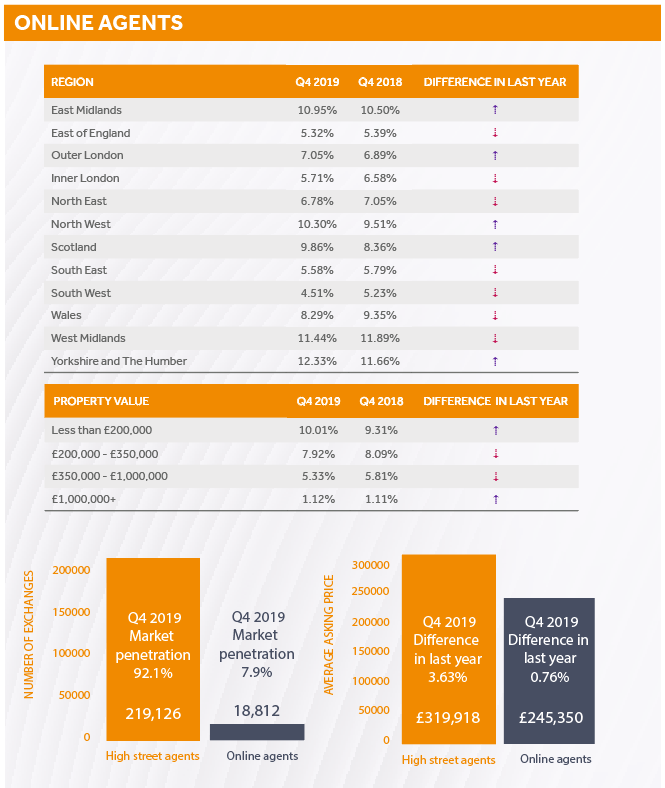 The market share of online estate agencies has been consistently growing in the North West of England and in Scotland, and this trend continued in the last three months of 2019. The pattern supports the view that online agents are proving popular for lower-priced properties, which are found in greater supply in these regions. In the South of the UK, the market share of high street agents has remained relatively unchallenged.

Compared to the same period one year ago, households proportionally buying and selling more properties towards the end of 2019 were those in lower income bands (£15,000 - £40,000) and top income bands of £70,000+. Exchanges for households in between these bands slowed during this period. 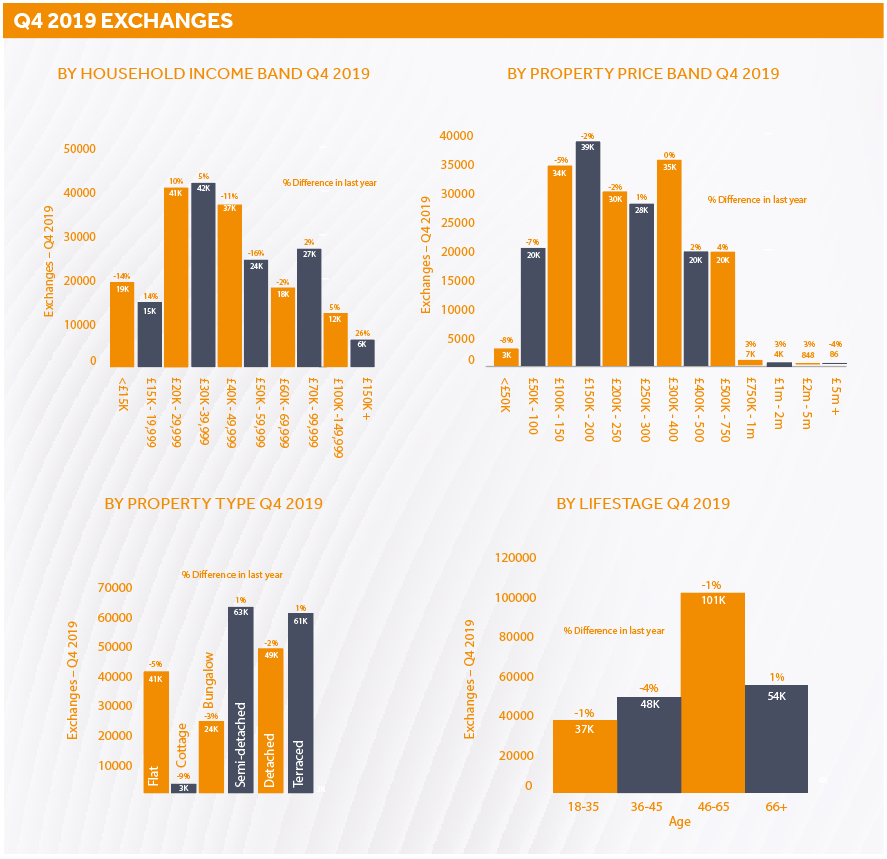 There were marginal shifts in the volumes of exchanges for some property types. More exchanges were seen for semi-detached and terraced properties, when compared to the previous year. Exchanges for flats, cottages, bungalows, and detached homes were slightly down during this period.

When considering the lifestage of buyers and the effect of this on exchanges, the picture is static. However, buyers aged 66 and above bought marginally more properties, which could reflect the increased spending power of the pension rich, for whom property investment is more accessible.

If you’d like to know how your branch ranks against competitors, try our free competitive analysis tool with insight you won’t find anywhere else.

← How Does Energy Efficiency Affect Property Sales?
The Buyers Are Back →